The morning dawned dull and overcast. I enjoyed a relaxing breakfast at The Rose Hotel and prepared for my pick up with Úna. Meanwhile, I reconnected with Jimmy Dennihan and his friends and said a big thank you to Michelle and the team. Here is another wonderful hotel and staff to be immensely proud of! We hit the road with Úna leading and made our way firstly to drop my car in Castlemaine. I jumped in with Úna and we headed on to Kells. It was great to catch up. Úna Moynihan is one of those wonderfully warm, giving, helpful and forthright women that I have the pleasure to know. She also gives great credence to the old saying “ask a busy person” when you need a hand. With people like Úna, it’s being done as you ask! We parted ways in Kells. I headed out in a misty rain and jogged along the road toward Glenbeigh. Úna wasn’t gone when she soon returned offering food supplies. Today a misty rain persisted and turned to showers in between. The visibility on either side was limited to almost non existent, so it was a day to put the head down and and keep going. At times like this, the mind keeps you moving: helped of course by the occasional flash of lights from an oncoming car or better again, a honk from a lorry driver. I have a bit of an affinity with lorry drivers. Back in the day, my father owned a lorry. It was a red Bedford. When we were young, Dada did the creamery runs, drove to Limerick for supplies for our small country shop and delivered building stuff and other loads as needed. As I was one of 10 children, he was on the road early and clocked up a lot of miles and physical hardship, collecting and delivering heavy loads. My mother managed house, farm, the shop and our large family. My uncle Jack and Grandma Crawford also lived with us. So for my mother, it was literally all go. On reflection, she was one of the most amazing women I will ever have the privilege to know. Mama was hard working, warm, great fun and resilient all rolled into one. On the rare occasion, I loved going in the lorry with them both to Limerick, to collect supplies for the shop and the cattle store. Our treat was stopping for a drink before coming home; mine was a glass of tomato juice, straight from the bottle. I can still taste the thick sweetness now. Meanwhile, Glenbeigh was wet , cold and damp: there was nothing persuading me to stop, so I kept going. I don’t know what I expected, but it’s amazing how the surrounds and the weather influences how you feel. I jogged on to Killorglin and I can genuinely say I have never seen so many signs stating the distance to one town, in this instance Glenbeigh, but nothing measuring the miles to the town ahead. The smell of rain and bog combined with the palpable isolation of the long, desolate road. Occasionally, there was a brief glimpse of Carrontouhil shrouded in a ghostly cloud. Again, I entered and left the town of Killorglin with minimal engagement. At this stage I was drenched and my hands were solidly swollen and cold. I defrosted with a coffee and packet of turkey. I was determined to get going toward Castlemaine with fervour and knock out the final furlong. Road works in the rain, didn’t help pick up the form. I followed the road to Miltown and whether through dehydration or dismay, I found myself questioning this bizarre expanse of new road in the middle of nowhere. Once again I didn’t delay. My phone had gone dead so it was with a great sense of relief, I reached my car in Castlemaine. I rapidly changed from my sodden clothes, right next to the office of Brendan Griffin Junior Minister for Sport. Úna had very kindly offered a shower and dinner but without the phone my focus was on the ferry. On the radio Simon Harris attempted to minimise the earlier comments of his Taoiseach, about the Waterford Hospital Mortuary Story and I remembered my grandmother once saying to me, “it’s the living dead we should fear”. Feeling cold and somewhat weary, I was relieved to vamp up the car heat and head for the comfort of my West Clare home. 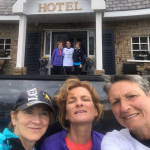 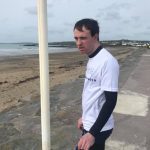 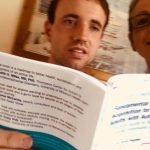 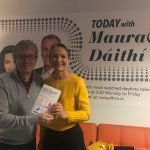 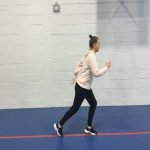 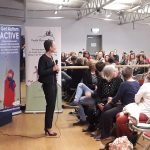